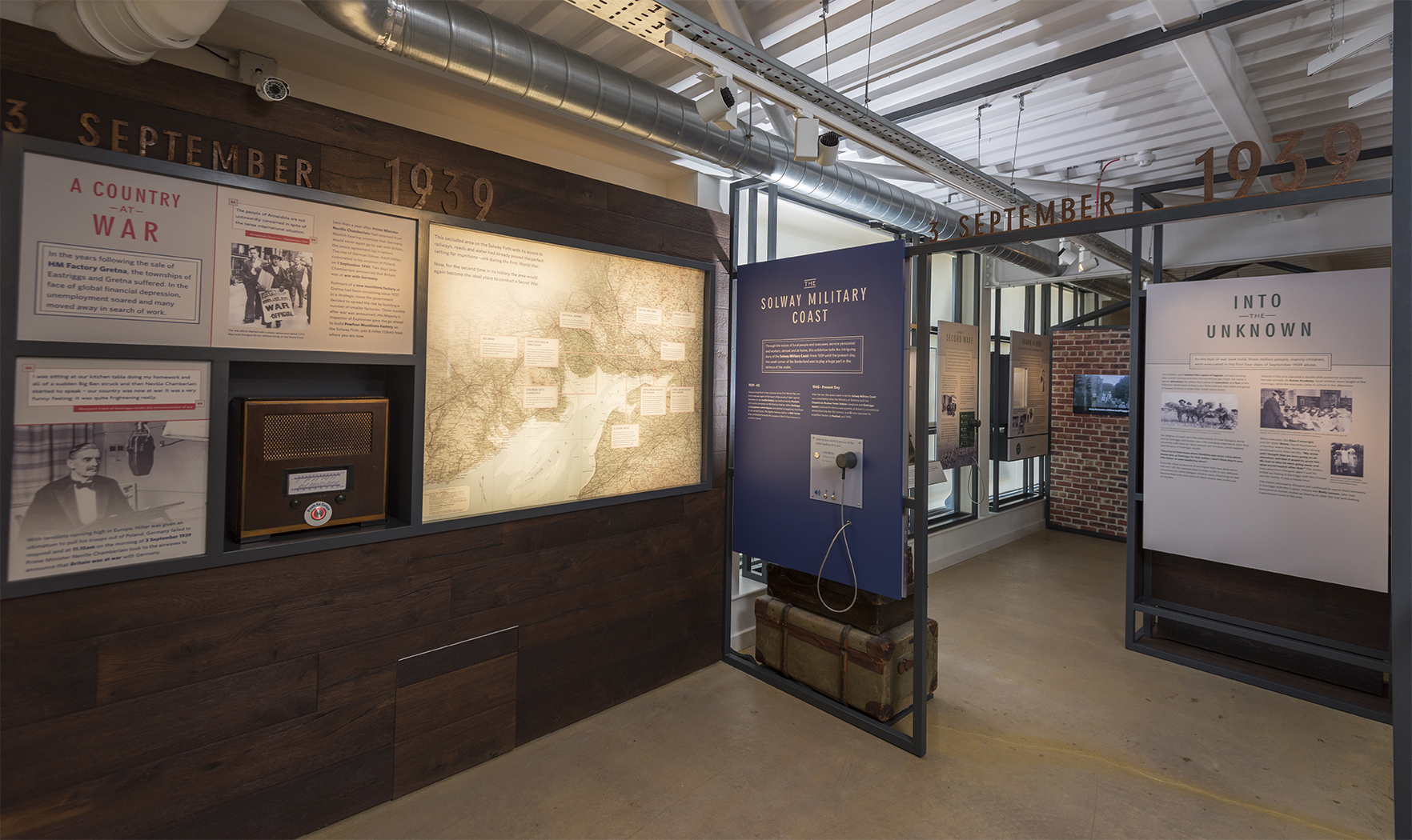 We worked with the team of volunteers based in the village of Eastriggs in Dumfriesshire to develop the Devil’s Porridge Museum. Hailed as ‘The Greatest Munitions Factory on Earth’, this new museum tells the remarkable story of HM Factory Gretna, and the extraordinary lives of the Munitions Girls who worked there during the First World War. Combining high and low tech interactives, original photography, children’s trail, objects and film, the museum combines our core skills of research, writing, exhibition design, graphics, illustration and project management.

Following the success of the First World War displays, we were commissioned to design the upper floor galleries. These explore the area’s story during the Second World War when many children were evacuated to stately homes within the area. The displays draw on local people’s experiences and combine reminiscences with objects, films and interactives to bring the past to life.

Studioarc went the extra mile to ensure that every detail was just right. The result is a great museum experience which has doubled our visitor numbers since we opened and our customers record a high level of satisfaction.

Fantastic place to visit. So interesting and the amount of interactive displays aimed at kids of all ages meant they came away telling me all about what they had learnt. Would highly recommend. 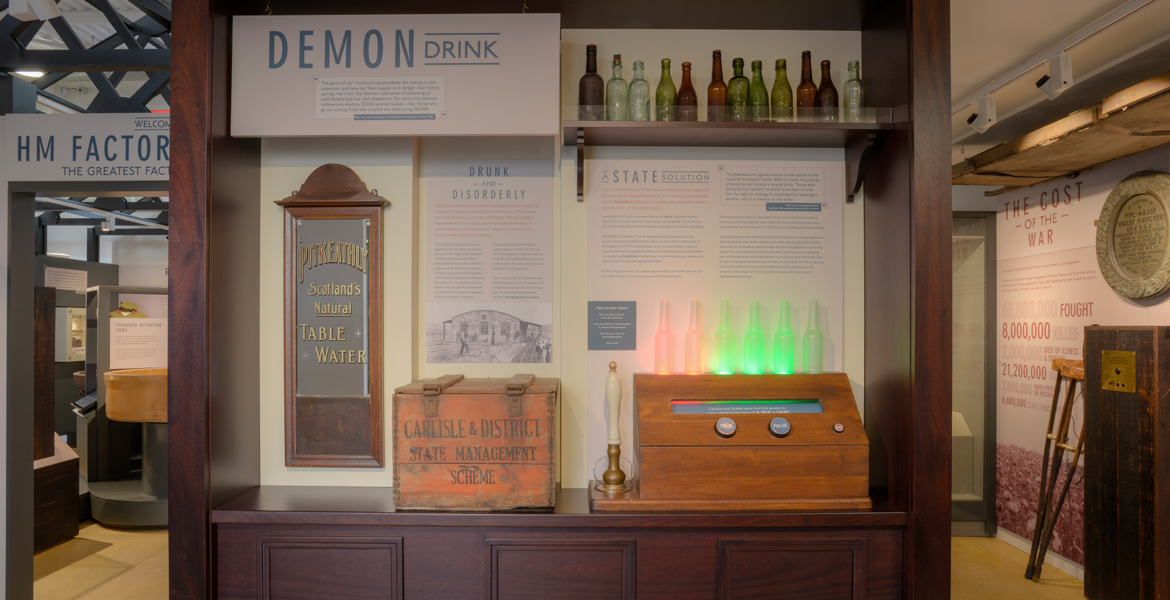 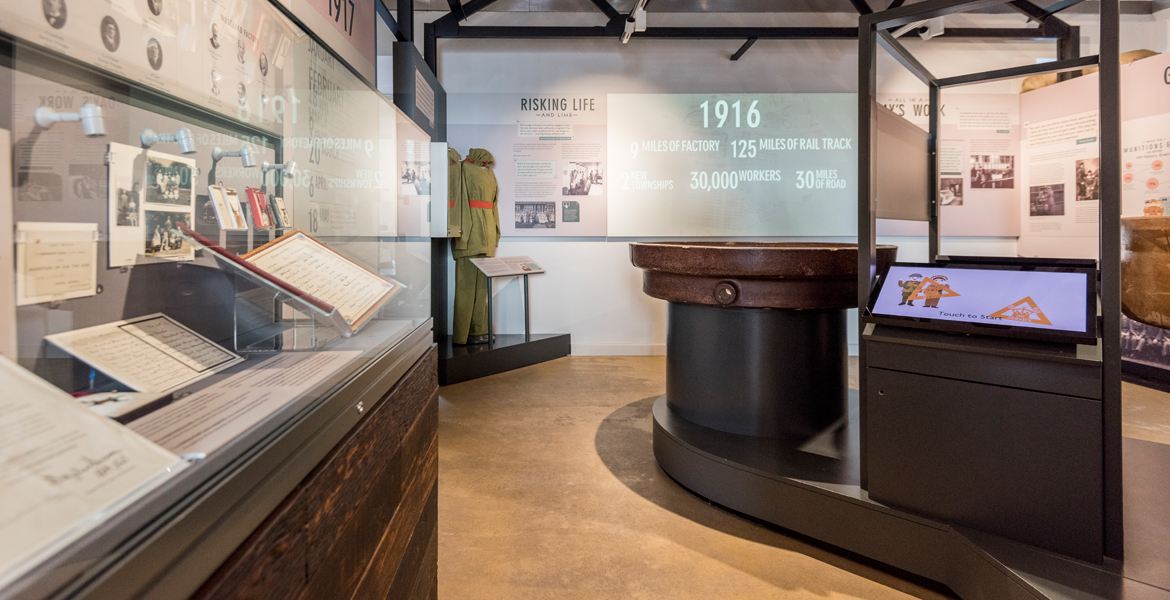 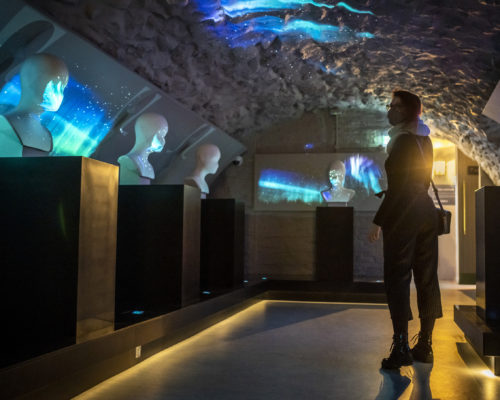 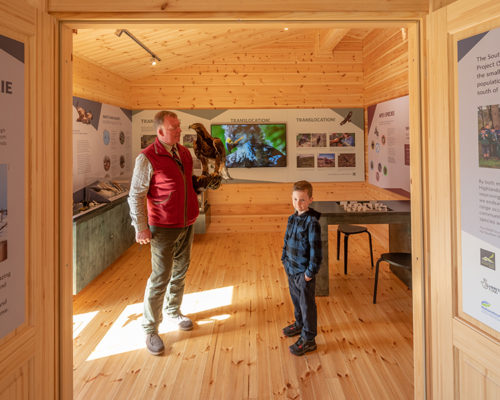 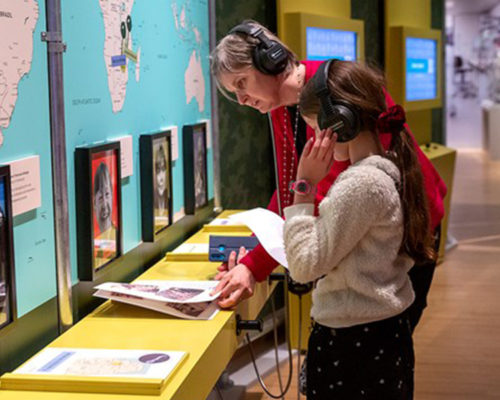