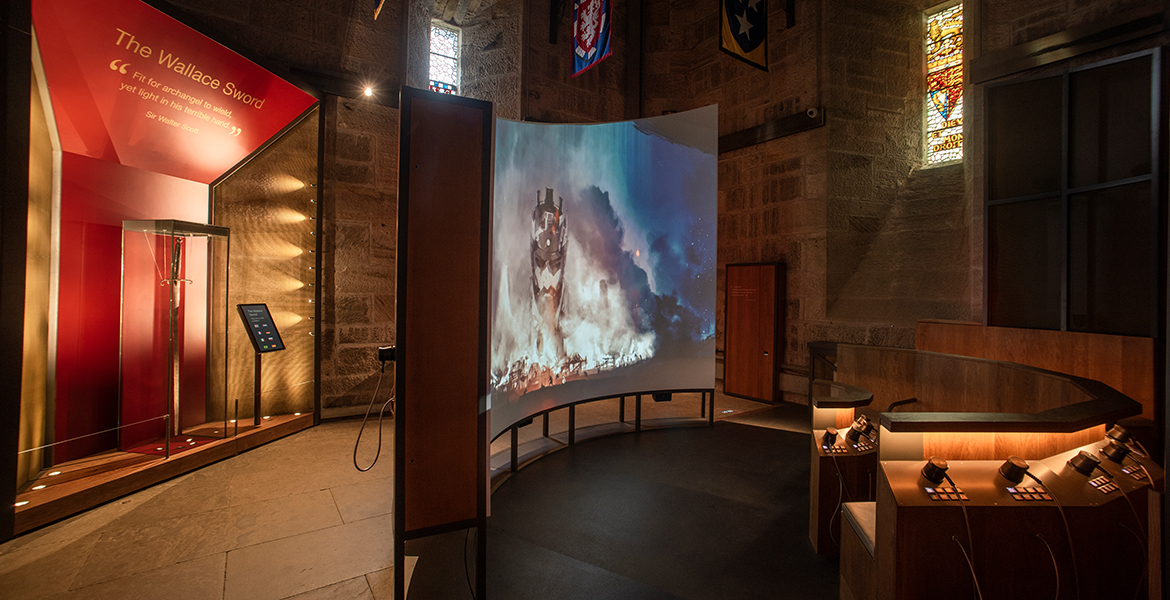 We were appointed on a design and build contract to refurbish the three galleries within The National Wallace Monument as part of the celebrations for the 150th anniversary of the building. Our brief was to ‘tell the story of William Wallace better than it has ever been told in the past’. To achieve this, we took visitors on an emotional journey through the exhibition spaces using dynamic storytelling and innovative digital interpretation which resonates with modern audiences from all over the world.

At the heart of the Hall of Arms is a newly commissioned film which uses animation and a dynamic soundtrack to deliver the powerful story of Wallace’s victory at the Battle of Stirling Bridge in 1297. We redisplayed the Wallace Sword, giving it dramatic presence and encouraged visitors to explore the evidence surrounding Wallace’s life through historical documents, portraits and a lifeline of key events. Interpretation was provided in eight languages throughout the building. On the top floor we introduced a viewfinder which reveals how the landscape around the Abbey Craig appeared to Wallace in the 13th century. Visitors also have the opportunity to design their own coat-of-arms and see it projected onto a life-size shield within the Royal Chamber.

The Wallace Sword was redisplayed within the Hall of Arms and given
a new lighting treatment, enhancing its dramatic presence.

Studioarc brought not only their creativity, experience and skill to the project, but they planned, managed and delivered the refurbishment within an incredibly tight timescale. 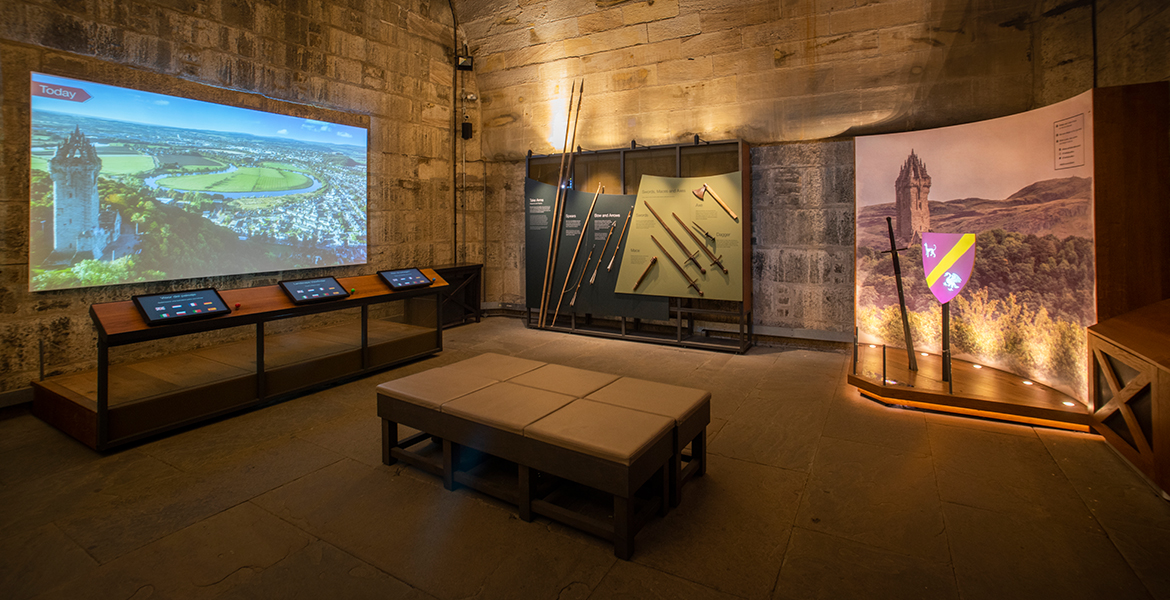 The Royal Chamber on the top floor was transformed with an interactive viewfinder
which allows visitors to explore the landscape of the battle of 1297. 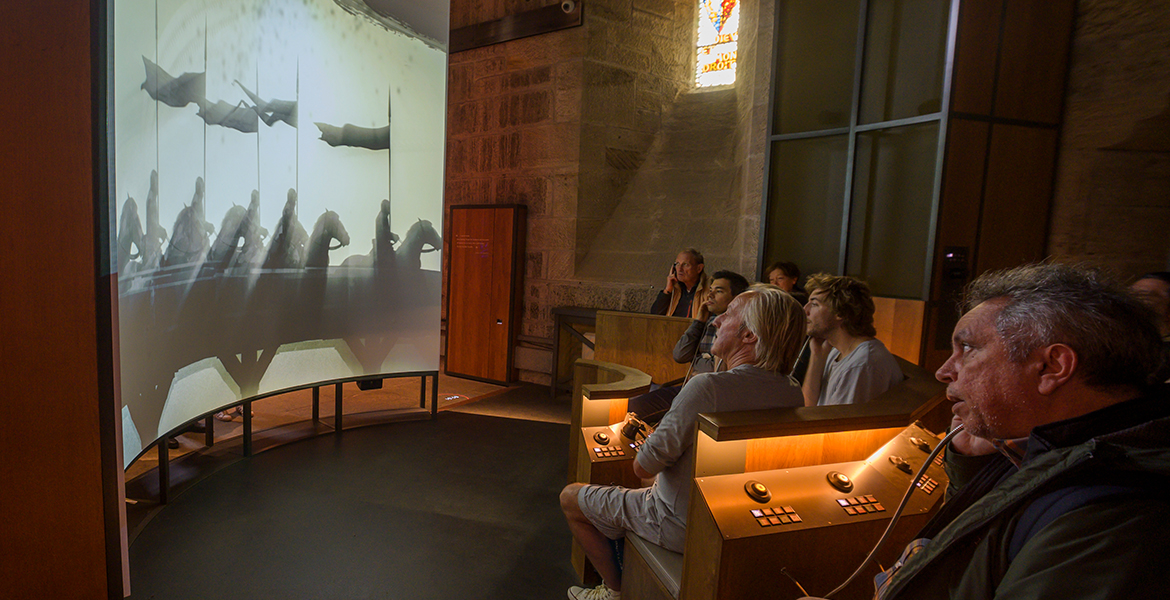 Visitors can listen to the film narration in eight languages while a dynamic soundtrack is broadcast into the chamber.

A new lighting scheme enhances the existing busts within the Hall of Heroes.

The new displays present the stories of the Scottish women
who are honoured in the Hall of Heroes. 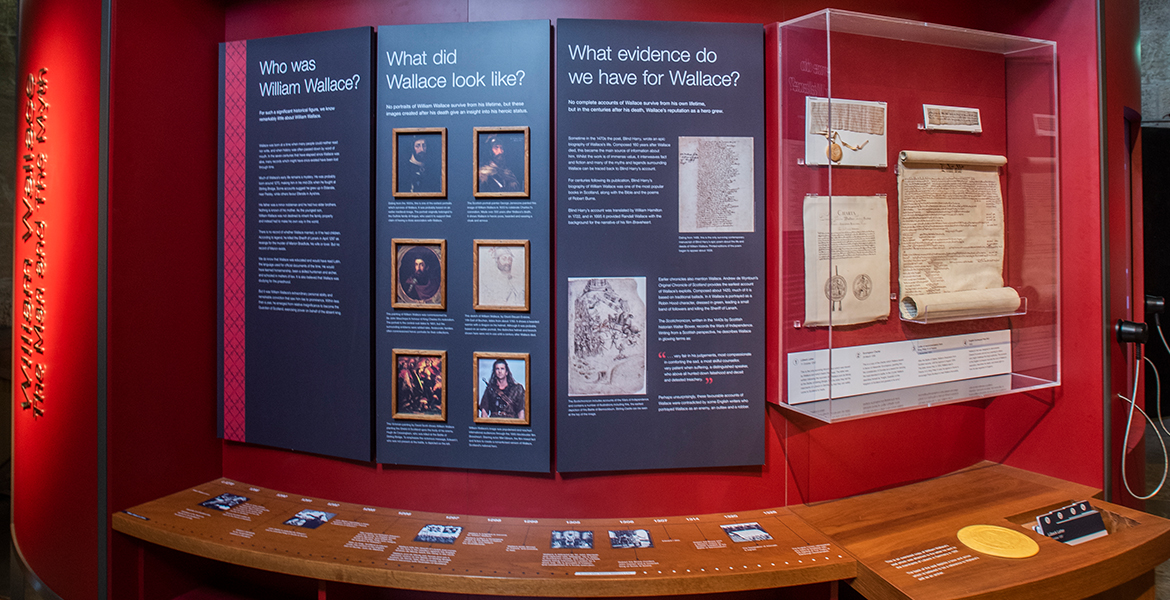 Visitors are able to explore the evidence behind the Man and the Myth, based on historical documents and portraits of William Wallace.

A display of medieval weapons explores the tactics and weapons
deployed by both the Scottish and English armies.

Visitors are encouraged to share their photos on social media as they design and pose with their shield. 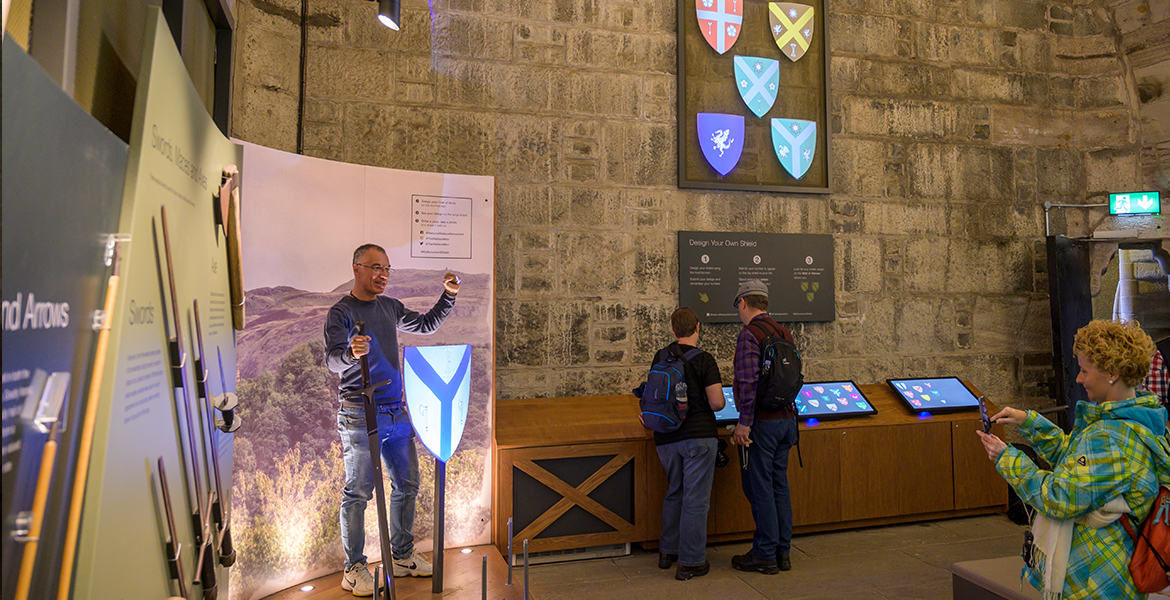 Visitors can design their own coat-of-arms and then pose with it for a photo opportunity.
Their completed shield is added to the Wall of Honour in the Royal Chamber.

Mackintosh at the Willow